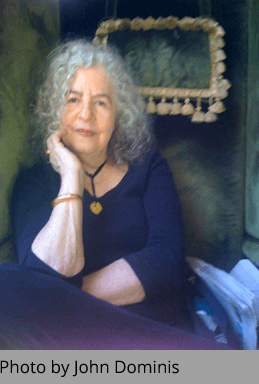 Evelyn Floret is a Manhattan artist who has been sculpting since 1995. Born in France and raised in St. Louis, Missouri, she retains dual citizenship (in the USA and France) and lives just a block from the Metropolitan Museum of Art. She earned a Bachelor of Arts degree from Washington University in St. Louis. A distinguished editorial photographer, her work has been published extensively in People, Sports Illustrated, Time, Fortune and Avenue magazines. Listed on the People magazine masthead for two decades, she served as a contributing photographer. As a sculptor, she models the figure from life in clay and casts her pieces in bronze. In the summer of 1996, she carved in marble in Pietrasanta, Italy. She holds the Gold Medal of Honor for Sculpture from the Audubon Artists 61st Annual Exhibition 2003. She studied with Anthony Antonios at the National Academy School of Fine Arts. Among the many awards she received at the academy are the Ralph Weiler Awards, the Helen Smith Prize for Distinction in Sculpture and the Edward Mooney Traveling Scholarship Prize. The latter resulted in a trip to France to study the works of sculptors Wlerick, Despiau, Bourdelle, and Maillol in Paris and Mont-de-Marsan.

Her lecture, which is based on this study and features photographs by Life Magazine photographer John Dominis, was presented to the students, faculty, and public at the National Academy School in April of 2007. She delivered a lecture movie at the National Academy School in January of 2011 showing how to “Promote Artwork Through Digital Media.” Her work has been shown in Manhattan at the Hubert Gallery, and the Cork Gallery and in Bridgehampton, Long Island, at the Sundance Gallery.

For sculpture purchases or commissions, contact the artist Evelyn Floret.